Questions for Christians Who Oppose Obamacare 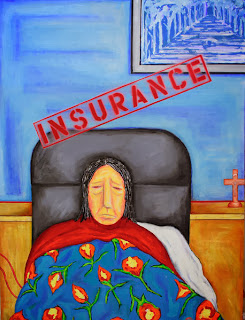 I have a few questions for Evangelical Christians who are opposed to Obamacare/the Affordable Care Act.(ACA). These are questions I have posed to myself and, even if the answers aren’t immediately obvious, may help us sharpen our understanding of God’s will for us and bring unity among Christians who disagree about how we should view the role government.

On what grounds would you say that you primarily object to ACA? Do you believe it fundamentally violates Biblical principles? Or do you oppose it based upon wisdom principles? Or some combination of the two?

Since I would count myself among those who wish Obamacare would go away, I’ll take a stab at this, realizing that there may be some significant holes in my thinking.

First, I’m against the concept of ACA more for wisdom principles than for absolute Biblical principles (I think).

Here are some questions that have caused me to reach that conclusion:

Is the government assisting individuals who are impoverished with their health care costs inherently unbiblical? My conclusion is no.

Is the government providing regulation to the health care industry inherently unbiblical? My conclusion is no.

Is the government mandating that individuals have some sort of medical insurance to protect themselves, their family, and the rest of society that would bear the cost of caring for them if they became sick inherently unbiblical? My conclusion is no.

This does not mean that (1) I believe the government is wise to do these things nor that (2) these things might not become evil. Indeed, the generic, disinterested benevolence offered by the government seems to very often become both ineffective and evil (see an earlier blog post here).

As an example of this second point, consider the contrast provided between Obamacare and the funding method used by Samaritan Ministries. Those who members of Samaritan Ministries health sharing program have an incentive to keep their costs low. They are careful not to abuse the medical system and they tend to use it the way it was meant to be used. This is an example of how a morally neutral thing like healthcare can be designed to encourage immoral or unethical behavior. For an article describing these contrasting approaches, click here.

Second, I’m against some of the specific parts of ACA because I believe they do violate Biblical principles.

I believe that some parts of the ACA are morally repugnant and force believers to violate their conscience. For example, forcing employers to pay for plans that provide the so-called “morning after” pill or other abortifacients is morally wrong.

Finally, there are some things that I’m against that I’m unsure as to whether they are wisdom principles or clear Biblical principles.

For instance, there is a part of me that believes that there may be something inherently unbiblical with the subsidies that are being given to people to pay for their health care. I don’t know what the exact numbers are yet, but the numbers I’ve heard thrown around seem a little strange.

Should a family of four making around $50,000 a year really bear no responsibility for their own health care? Is that not defrauding my brother or sister who is subsidizing my care? Is it violating the “don’t work, don’t eat” injunction of Scripture?

I’m open to being wrong in my thinking here, but at the moment you take a Social Security payment, or a mortgage deduction, or a child tax credit, you’ve acknowledged that you believe it is OK at some level for the government to take money from one citizen and give it to another who is not in dire need..

These are complicated issues and my thoughts here just reflect my convictions at this point. Thinking through them honestly may help us stay unified on clear Biblical truths. I’d be interested in your perspective, but if you leave comments on the blog or my Facebook page, let’s remember to play nice!