Struggling with Discouragement and Voting

This election season finds me struggling with discouragement. That’s not an unusual occurrence for me.

Scott’s blog post addresses the main issue I’ve been grappling with this year. There aren’t many competitive races on my ballot and the one statewide race that is competitive—the governor’s race—is between two candidates I can’t support.

I came as close as I’ve ever come this year to considering voting for a candidate who isn’t pro-life. Frustrated by what seems to me to be a self-destructive trajectory in our state, I’d love to vote for someone “different.”

But I can’t do it. Here are five quick thoughts I had:

1. I admit perfect can become the enemy of the good.

Some may look at my decision not to vote for a major party candidate in the governor’s race as throwing my vote away. Ideological purity, the argument goes, ultimately fails to accomplish anything.

There’s some truth to that. I can’t be so focused on wanting to vote for the perfect candidate that I’m unwilling to compromise.

2. I admit mature believers can differ on significant policy issues.

There are issues that mature believers can differ on. Tax rates, environmental issues, balancing the budget, etc. Believers can take biblical principles and apply them differently. There should be grace as we differ.

3. I feel a culpability for voting for those who pledge to not protect the unborn.

But I can’t justify voting for someone who pledges to not protect the unborn. It’s unconscionable to me. That’s not to say that a believer who decides differently is in sin. Some may decide to choose the lesser of two evils.

For me, my conscience can’t escape the reality that I’ve voted for a person who has pledged to actively work against his or her most basic responsibility as a person in authority—protecting the innocent.

4. I believe that Jesus is king.

Despite my discouragement, I have confidence in Jesus’ kingship. As Psalm 97:1 declares, “The Lord reigns, let the earth rejoice; let the many coastlands be glad!”

God sovereignly placed us in a representative government. I bear a responsibility for those who are elected and need to exercise my civic duty to vote.

Some years, that task is more difficult than others. 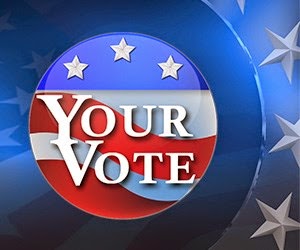 Be a one issue voter.
Posted by Scott Boerckel at 11:03 AM No comments: