The Gold Rush Is On: The Trick Play of Fantasy Football 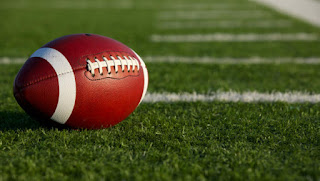 You cannot avoid it.  No matter where you turn, there are ads for fantasy football schemes.  The two largest, Fan Duel and Draft Kings, spent $32 million on one week of advertising for the first week of NFL games.  There is huge money at stake here.  What is interesting is that all of the players with a stake in making that huge money are in league with one another.  Jerry Jones, owner of the Dallas Cowboys, and Robert Kraft, owner of the New England Patriots, are shareholders in Draft Kings.  Draft Kings has also made a commitment to spend $250 million in advertising on Fox Sports alone.  Of course, it comes as no surprise that Fox is also a shareholder in Draft Kings!

Let’s be clear.  Fantasy football of this sort is nothing more than a sneaky way to legitimize gambling.  And where there is gambling, there will be cheating.  So, it comes as no surprise that an employee at Draft Kings recently won $350,000 playing fantasy football on Fan Duel.  There is a pretty clear cut evidence trail that suggests that this employee used insider information to extract money from other players.  However, since it is in the interest of neither fantasy football competitor for this to become common knowledge, they are both working hard at damage control.

The Gold Rush is on.  During gold rushes in the 1800s, everyone lost money, except for the folks who were in the business of selling supplies to the miners.  These fantasy football sites will die from their own exhaust fumes.  But in the meantime, don’t play these games.  They are trick plays.  It marks you as a fool.  It enriches wicked people.  It feeds and expands greed.  And I don’t want to see one more of these idiotic ads.

Ecclesiastes 5:10 He who loves money will not be satisfied with money, nor he who loves wealth with his income; this also is vanity.

1 Timothy 6:10 For the love of money is a root of all kinds of evil. Some people, eager for money, have wandered from the faith and pierced themselves with many griefs.

Note to defenders of fantasy football: It is likely that nothing but a consistent streak of losses will dissuade you from your folly.  However, here are some websites for you to see proof of what I have written.